But what are we going to call it?

Wuvie. That was just one of the names Gannett Digital had developed for its new social network for moms. And as you might well imagine, it failed to inspire a single positive response with focus group participants.

Of course, the other names they had generated faced some pretty harsh criticism as well. And through the ordeal, our friends at Gannett learned just how painful naming can be.

It’s the same for everyone. You start a naming project, and everyone has a clear idea of what the name should communicate. But after weeks of searching, someone invariably strays off into the land of nonsensical terms and portmanteau words. I don’t want to go there — but my clients sometimes do.

Anxious to be done with it, they make long lists of ridiculous, and completely unpronounceable names. They find the wikiHow page on how to create a make up a word, while away hours on naming sites, or (and you knew this was coming) download an app for that. Then, the next time we get together, they unveil a name that looks like an alphabet soup spill.

“You can call your company anything you like,” I tell them, “but you better have the time and budget to make a whacky name meaningful. (Quick: Any of you know what companies like Xoopit, Squidoo, and Ponoko do?)

Not long after the focus group testing, we persuaded Gannett to let us take a crack at the name. And I gave them the best advice I could: Be patient. In the end, they were. And that’s why their national social network isn’t called Wuvie. You can check it out for yourself at MomsLikeMe.com.

Meanwhile, if you’re in the process of naming a company, or a product, you might want to think twice about a name that means nothing to anyone. The last thing the world needs is another Eefoof. 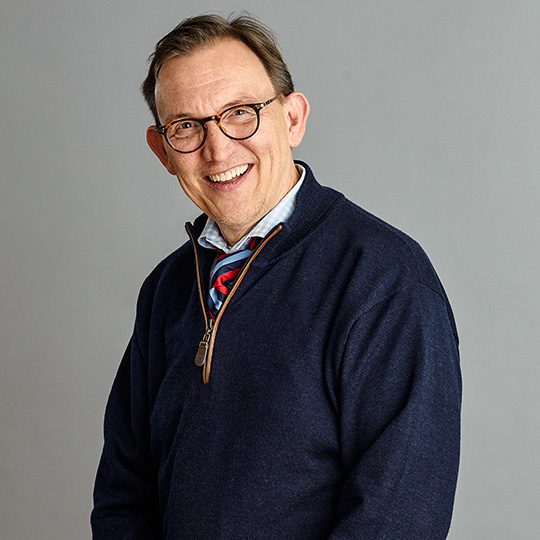 Hal Swetnam SVP, Chief Creative Strategist Having been with Grafik for over a dozen years, Hal is Grafik’s top creative strategist. His work separates Grafik from other branding firms and distinguishes our clients from every competitor.