The History of Marketing in Video Games

As more people continue to cut the cord, advertisers now look towards video games as an essential outlet for engaging with their target audiences. Video games have become a leading form of media in the 21st century with more than 2.7 billion gamers worldwide averaging 6.5 hours of game time a week. Mainstream cultural acceptance and increased accessibility have increased diversity within a largely secular audience, providing more opportunities than ever to companies looking to test the marketing waters.

Over its 40-year history, the video game industry has seen many brands try to take advantage of the medium. In this post, let’s take a look at some of these attempts to see what worked, what didn’t and how they have evolved.

Any gamers from the 80s to early 2000s remember these. Advergames are video games created solely to advertise a brand, complete with tons of in-game bugs and terrible gameplay. These games likely found their way into your home through a cereal box, an order of fast food or in wrapping of a magazine you picked up at the airport; and, if that didn’t clue you in as to what you were in for, the first five minutes of playtime would.

That’s not to say advergames like Sneak King, Pepsiman and Chex Quest were not successful as some of them generated strong financial returns. Burger King’s Sneak King (for Xbox & Xbox 360), a stealth game where players embody The King and deliver burgers to hungry people, is a 2006 best seller that increased quarterly sales by 40% that year, despite the game being critically panned. On the other hand, Pepsiman, a non-stop running game where players collect soda cans as a superhero wearing a skintight Pepsi-brand leotard suit, was a complete financial failure that sold very little. It has only recently become more notable, receiving online attention as one of more bizarre examples of advergames in gaming history.

Advergames came at a time where gaming consoles were still seen as toys, and video games as a disposable marketing trend begging to be utilized. At their worst, they are remembered as being poor reskins of better games; and at their best, they provided kids with something to do while they waited for the next highly-anticipated release. Regardless, they continue to live on in the mobile phone market, away from the eyes of avid gamers.

If product placement works in movies and television, why not in video games? In-game ads are those small little reminders of reality that spill into the virtual world. It’s the Hyundai sign in the background of your FIFA match highlights, or the billboard you drive by during a high-speed chase in Grand Theft Auto 5.

As video games have evolved, hardcoded advertisements have made way for more dynamic advertising, similar to what we see with banners on websites. Advertisers can buy and set different targeting parameters based on their audience’s demographics, interests and location. The in-game ad will change based on who is viewing it, giving advertisers a way to more efficiently reach their desired audience and giving gamers a bit more variety in the ads they see. Gaming has truly become a live service.
Sometimes, brands and products go even further and become integral to the gameplay itself. In 2019’s post-apocalyptic game Death Stranding, Monster Energy drinks are a collectible resource needed by the protagonist to “refuel” his stamina during missions. A mandated gameplay function within a major release being tied directly to a major brand name isn’t something we would have expected to see outside of advergames before; but as gaming evolves, so do the marketing opportunities within them.

With the increased prevalence of streaming and mainstream cultural acceptance, the esports (or electronic sports) scene has generated substantial growth over the past 10 years. Insider Intelligence estimates that total esports viewership will grow at a 9% compound annual growth rate between 2019 and 2023, up from 454 million to 646 million. At this rate the esports audience will have doubled in a 6-year period, as the 2017 audience stood at 335 million.

Major brands have noticed, and many are now directly sponsoring the esports scene similar to what we see in other traditional sporting events. Coca-Cola, Red Bull, Bud Light, Intel and many more large organizations support teams and tournament events every year to gain maximum exposure and favor with the viewer base. Some brands even create their own esports structure with teams that can compete in multiple games.

In an age where video games now receive constant updates and patches, there are boundless opportunities for brands to partner and develop content for Triple-A title games. In Mario Kart 8, Mercedes-Benz partnered with Nintendo to develop miniature kart versions of their cars for players to drive. And in last year’s Animal Crossing release, KFC also partnered with Nintendo and debuted its own virtual version restaurants for players to be able to interact with in-game.

Some high-profile brands have taken it a step further by hosting actual live events in-game. Epic Games has hosted several in-game concert events in Fortnite over the past year with high-profile artists such as Marshmello and Travis Scott, the latter reaching 27.7 million players. More recently, Epic partnered with Warner Brothers to promote Christopher Nolan’s new movie Tenet by hosting a movie night where they live streamed several of Nolan’s past films such as The Dark Knight and Inception.
It will be interesting to see how this trend continues to develop. With rapid technological developments in virtual reality and increased player connectivity, gamers are becoming more adapt at truly occupying and interacting within a virtual world. The possibilities are endless.

The history of marketing in video games is one of constant change – change in how video games are understood, seen and played. Technological advancement has led to an increased accessibility for video games that advertisers can simply no longer ignore; and, as advancements continue to be made, we need to recognize that gaming is more expansive than the virtual worlds they proliferate. The way we view these games and how we define gamers will not look the same in the next 20 years, our conception will expand even more so than in the previous 20. Truth be told, we are just getting started. 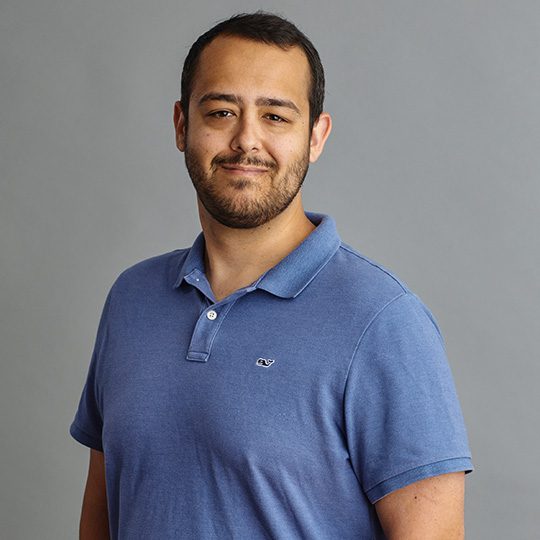